Fraternities in the USA

There are a lot of students in America at the moment and when looking at the students’ lifestyle, the concept of fraternities is very specific to the USA. Therefore we’ve looked into what fraternities are all about.

What are Frats? A little bit of History

Nowadays, Frats are social, professional, and honorary groups that promote different combinations of community service, leadership, and academic achievement. However, initially, they were created by students who wanted to meet secretly to talk and debate on subjects that were deemed inappropriate by the college.

Before 1770 they were formal organisations, Latin societies. There used to be 2 of them on each campus and they were competing each other. The literary exercises of the organisations could consist of composition of poems, essays, fiction, and the subject of the debates were usually political, social or religious, and the meetings were open to the public. In general, these organisations were promoting scholarship, rhetoric and ethical conduct.

In 1776, Phi Beta Kappa is founded in Virginia and is the first fraternal organisation using Greek letters as a secret motto, Philosophia Biou Kubernētēs, translated as “Philosophy is the guide of life”. Its founders said that the society was was formed to promote good fellowship, with “friendship as its basis and benevolence and literature as its pillars.”

Phi Beta Kappa members used to meet to engage in oratories and debate on subjects that were removed – or soon to be removed – from the curriculum.

The founding of sororities began almost a century later in the 1850’s, and overtime other types of organisations were formed based on religion and professional orientations, and various purposes. 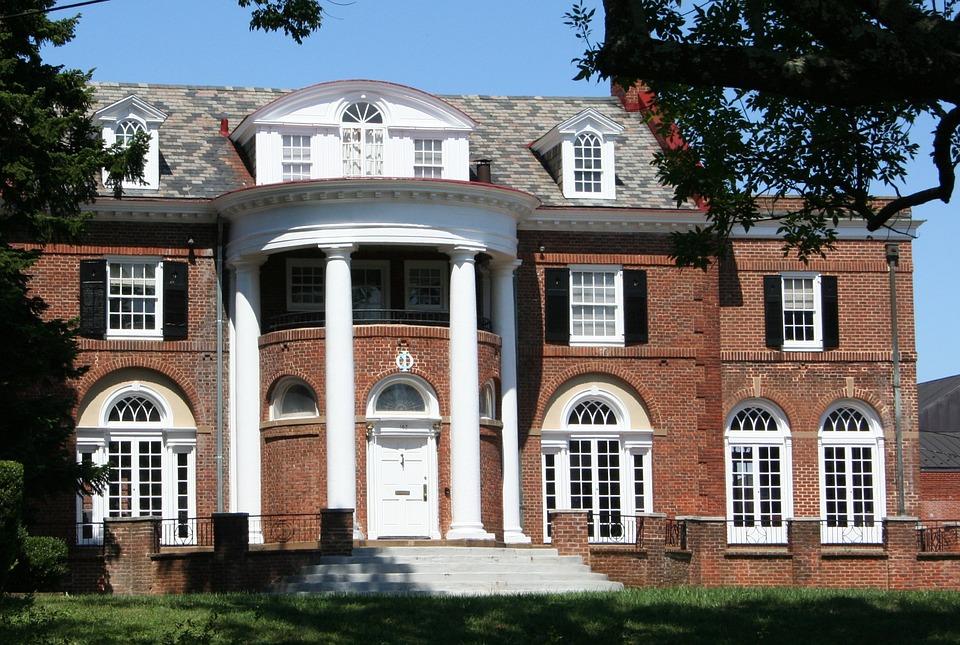 How to join a fraternity

Step 1 : The Rush. It is basically the moment when first-year students go to visit the houses and meet the members of the fraternities. It usually happens during the first half of the school year and during the “Rush Week”.

Step 2 : The pledging : the fraternities send invitations, called “bids”, to the rushees to invite them to join. A rushee may get no bid at all, but also one or more. If the rushee chooses to join, he or she is “accepting the bid” and then becomes “a pledge” of the fraternity or sorority. This is the moment when pledges have a chance to get to know the fraternity and so be able to decide if it is the right one for them.

Costs of joining a Frat

Living the Greek life has its costs! However contrary to what you might expect it’s not crazy expensive. Or at least not more expensive than life on campus – housing included – for a student who doesn’t join a Frat.

The main fees Frat and Sorority students face are the following:

However these also should be considered as a long term investment. According to a 2014 national survey, students who are part of a Frat / Sorority are more likely to graduate on time, and on another note, they beneficiate from an amazing source of networking. When entering a community you’re not just buying friends, you are entering a wide world of connections, which will be very helpful when it’s time to start your career.

While individual fraternities and sororities vary in exact organization and purpose, most share five common elements:

The organisation and purposes of each community may vary, however here are 5 unchanging elements:

Fraternities and Sororities are societies in the center of the campus life, engage in social and philanthropic activities, and organise and host events.

In addition to providing their members with great networking opportunities, they sometimes also give them trainings on etiquette, dress and manners, and prepare them for their future professional and social lives.

For Valencia or Ireland